I like you. I know you have the best intentions and despite your ego, packed in a laptop bag, I still like you. I have spent some time with you and I know how you tick, the intervals are not uncanny.
I am a creative writer. You are a writer, yes. I respect that. However I am worried about the creative aspect of your writing. It either does not exist or you are not feeding it properly. There are two possible reasons you lack that important ingredient. One, you are a big canvas bag of words that lacks talent. Two, you do not do what I do. Let us assume that you are not a bag of words that lacks talent. That would mean that you write horrible screenplays because you do not do what I do.
Disclaimer (If I may call it that): A horrible screenplay defined is a screenplay that looks and reads exactly like the previous screenplay by X the filmmaker who is your friend or foe. The story is the same, the setting is the same, the plot is the same, the actors and actresses are the same. The only difference would be the TV station that accepts your donkey shit or the date and year you release your film at a foreign cultural institution somewhere near Anniversary towers.

TIPS FROM AN ACTING WORKSHOP BY NEIL SCHELL

Slightly over a week ago I got a chance to spend some time on the other side of an audition floor and despite being involved in TV and Film productions before, I realized that I have never really watched actors auditioning from such a perspective. Being in that position allowed me to observe several unique and, I believe, important insights into actor behaviors and alas, some actor misconceptions. But I digress, the audition came after a very interesting class by Neil Schell about ‘character’ and how actors can understand the concept and use this understanding to interpret their roles. And that is what this blog post is about:

THE MEANING OF CHARACTER

Though meanings of words vary from use to use depending on circumstance, intention and context. It is likely your understanding of ‘character’ in relation to its use within film, is closely related to one or all of the following meanings:
- The Mental and moral qualities distinctive to an individual
- The quality of being individual, typically in an interesting or unusual way
- Strength and originality in a person's nature
- A person in a novel, play, or movie
- A part played by an actor

The word's ancient precursor is the Latin term kharakter which referred to ‘a stamping tool’ similar to the unique seals used in early times to identify and distinguish families and institutions. Ostensibly, character is supposed to distinguish one person from another and in this particular instance, one actor from the other.

Read more »
Posted by FilmKenya at 1:50 PM No comments:

SPEAK TO MY EYES: EXPANDING INTO DEAF CINEMA

Directors are supposed to shout “Action!” and “Cut!” while actors are supposed to mispronounce their lines and smile, saying “let’s take that again!” hoping that their goofs make it to the behind the scenes or cut-ins as the credits roll. Now imagine a production where the actors can not hear the director, nor can they audibly speak. A production where the actors are deaf and dumb, and to film them, everyone from the director to the continuity person has to go through an interpreter who signs to the actors in gestures the whole production team does not know about. Tough huh? Well, the production got nominated four times for the Kalasha Kenya Film and TV awards, 2011.
Read more »
Posted by FilmKenya at 3:25 PM No comments:

A BRIEF HISTORY OF FILM IN KENYA 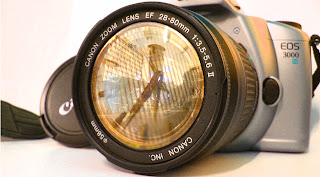 Nairobi is a city in touch with the rest of the world. With over ten cinema halls in the city and its environs, one is able to enjoy the latest films as they are released in Hollywood, Bollywood and the UK. What is more exciting for the young Kenyans is that they can participate in this exciting creative arts, by producing their own local films, and release them on video, on television across Africa, and even on the same big screens that show the Hollywood blockbusters. This was something that was not even imaginable twenty or so years ago, where film was seen as something that only Hollywood could bring to Kenya and not as something that Kenya could offer to the rest of the world.

While the dizzying heights of Hollywood and Bollywood have not been reached by Kenyan filmmakers, the journey looks bright and exciting. This excitement has taken one hundred years to grow, since the first images of the country were captured on tape in 1909 by Cherry Keaton, a wildlife photographer who filmed the American President Theodore Roosevelt when he came on a wildlife safari in Kenya. 'A History of Film in Kenya:1909-2009' is a documentary that uses re-enactments, archival footage, poetic narration, and incisive interviews with the industry players, to chronicle the 100 years from the first film to be shot in colonial Kenya  to the present day digital age.

The American president Theodore Roosevelt, came on Safari in Kenya in 1909, hiring a British wildlife photographer, Cherry Keaton,  to film the hunting expedition. The resultant film, `Theo in Africa' was screened in 1910.

Theodore Roosevelt in Kenya in 1909

This heralded a colonial period where films were mainly hunting, travelogue films and fictional films like Mogambo, The Snows of Kilimanjaro, Trader Horn and others which showcased the conflict of Europeans battling with dangerous elements of nature and a new culture in Africa while at the same time loving the breathtaking scenery and warm people. During this period no Africans were involved in shooting the films, except perhaps as extras and porters.

However, our gallant Mau Mau freedom fighters took to the forest and fought for Kenyans to have right to independence. Freedom came with not only political self rule, but also the advent of Africanisation even in the arts, where film training started. The Kenya Institute of Mass Communication was inaugurated to train Africans in film-making and more so to replace the Europeans who had been working at the national broadcaster, Kenya Broadcasting Corporation. The first swahili film Mlevi was done by Ragbir Singh in 1968 and inspired Kenyan film-making. Other local filmmakers making a mark include Alan Root

whose wildlife films won almost all awards on earth from the Oscars to the Peabodys. International films continued being made in Kenya in the 1980’s, with the seven-Oscar success of ' Out of Africa'  showcasing Kenya’s beauty to the world and making it a prime location for international films. However, the local industry hopped and skipped through Sharad Patel’s  Rise and Fall of Idi Amin,(1981),  Kolormask, (1986) and Saikati,(1993).  Hardships in the industry led to a lull in local productions until the digital era inspired Kenyans to use digital technology for filming, ushering in the likes of Albert Wandago, Jane Murago Munene, and the rise of the Riverwood filming industry. It was at this time that Njeri Karago made the film Dangerous Affair, directed by Judy Kibinge,that captured the imagination of many filmmakers in going for independent, non-NGO funded, feel good films that deal with contemporary urban themes.

Now local Kenyan films can hold their own internationally, with the likes of Wanuri Kahiu’s From a Whisper (2009), garnering awards across the globe. As to where the next hundred years will bring, only Kenyan filmmakers can write the future by standing on the building blocks of yesteryears to showcase our stories to the world.

Simiyu Barasa made the documentary, 'A History of Film in Kenya 1909-2009' that won the Kalasha award for Best Documentary, 2010.

It's regrettably been quite a while since my last post here. In my absence Simiyu Barasa contributed one of the most popular articles on this blog yet (I should get him to write here more often) and the Kalasha awards rolled up once again. While I was 'away' I still did manage to make some progress with my goal to watch as many local films as possible and share my thoughts on them with you all. This then is penance for my long absence; a 6-film review compilation of local films both recent and slightly older that I have seen and the first of them is of particular significance:

Those who have followed Kenya's film history will concur with me when I refer to Judy Kibinge's 'Dangerous Affair' as probably one of the most important films in Kenya's film history. Films have been created and consumed in this country since colonial times but 'Dangerous Affair' is widely believed to have broken the mold in more ways than one. Local productions had previously consisted mainly of documentary films utilizing foreign and NGO funding. 'Dangerous Affair' offered a breath of fresh air for many who had been waiting for a fictional feature film with a local cast, story, theme and setting. And that is not all, it also discussed subjects that were considered to a certain level 'taboo' in television and film at the time and featured in leading(and seminal) roles, two female characters who did not conform to what were then societal expectations of women.

THE DEAD BANKABILITY OF THE KENYAN ACTOR

GUEST POST BY FILMMAKER SIMIYU BARASA
A spoiler cum disclaimer; This article will contain scenes and faces that you already have seen on Kenyan TV. However, any relation, real or imagined, does and does not bear resemblance to them. More importantly, they haven’t paid for name placement. I have desisted from names of people I have directly worked with to avoid accusations of kuwatetea. And oh, its going to be quite a long read.
This has been a year that has made me think deeper about our industry, especially on the commercial viability of it. Several things have converged to make me ruminate on actors. Yes, we love them, but because we so love our Kenyan actors, lets spank them a bit. Do we have bankable actors in Kenya? You say yes? Ok, I mean do we have star Kenyan actors, whom Kenyans would block Mama Ngina street as they rush to 20th Century Fox to watch them? Who’s faces if they appear on DVD covers would create a human traffic jam in Nakumatt, as Kenyans seek to buy these optical discs and watch them? Kenyan actors whose names in the trailers can ring a bell in Dar-es-Salaam to Kinshasa and Lagos? You sure? A Kenyan actor who can make an independent producer take a loan knowing he’ll make his money back, due to the starpower of the actor?
A couple of things have led me to the following conclusions. Early this year, during the AMAA nominations night in Nairobi, dubbed Nairobi Rocks with Stars, I sat on a table watching the forlorn faces of our acting stars  being totally rocked as the whole ballroom turned to bow down to the Nigerian actors entourage. Some Kenyan actors fell over themselves to take mobile phone photos of these stars, and in the newspapers lets just politely say, the stories were full of foo foo served with a sprinkling of nyama choma.
Read more »
Posted by FilmKenya at 8:32 PM 4 comments: